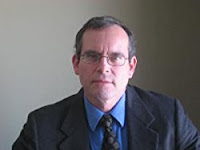 JCN: I have discussed an idea – also World War 1 – with my agent, and one of these days I’m going to get off my rear and write a proposal for it. It has something to do with an American division in the war that isn’t the 1st or 2nd, and that’s all I want to reveal right now.
Posted by Jimmy Price at 6:18 AM